The year is AD 94 and the place is Rome. When the corrupt Emperor Domitian sends soldiers to confiscate a rich property in the middle of the night, twelve-year-old Juba must escape with his brother and sisters, and journey to distant Britannia on the edge of the known world. There the siblings meet Bouda, a beautiful young cutpurse who attaches herself to them in a bid to escape her life of crime. As they try to elude the emperor’s hitmen, they visit Roman sites which can still be seen today in London, Fishbourne Roman Villa, Butser Iron Age Farm, Bath Spa, Caerleon Fort, Chester and York before a dramatic Return to Rome in the final book. The four-book series features appearances by grown up characters from The Roman Mysteries, so that we discover the eventual fates of Flavia, Jonathan, Nubia and Lupus. Ages 9+ 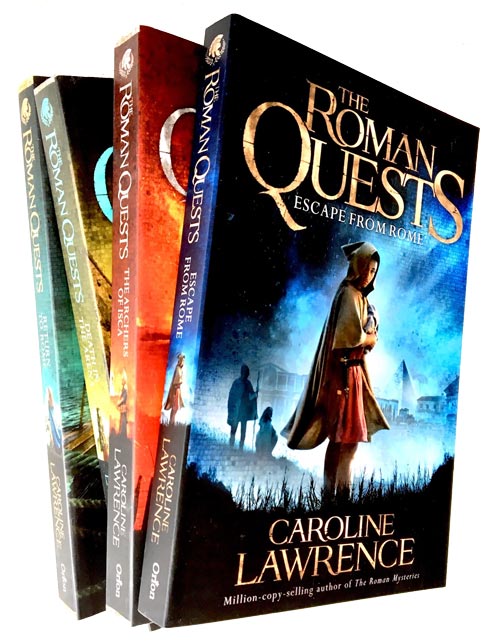 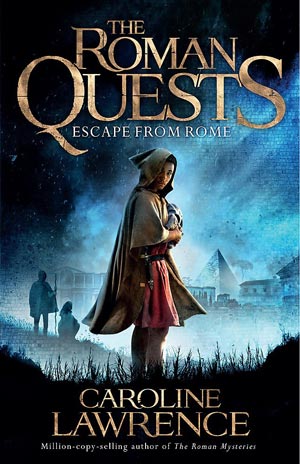 The year is AD 94. When the evil Emperor Domitian sends soldiers to seize a rich family’s home in the middle of the night, twelve-year-old Juba must escape with his brother and sisters, and journey from Italia to distant Britannia on the edge of the known world. Set a dozen years after the events of THE ROMAN MYSTERIES, this series is perfect for children studying Romans Key Stage 2 or Key Stage 3. Historical locations featured in book 1 are Rome, Ostia, Londinium and Fishbourne. 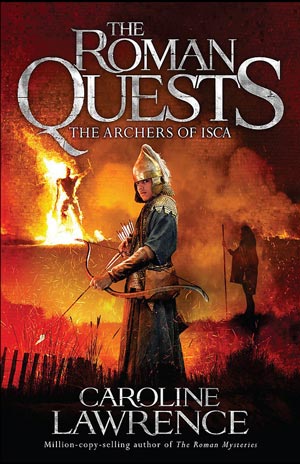 The Archers of Isca
Book 2

Britannia AD 94. On the run from the Emperor Domitian, fifteen-year-old Fronto has joined the Roman army in order to find the security and structure he craves. But when his younger sister Ursula is captured by a terrifying Druid called Snakebeard, he must make an impossible decision. Can he leave the army, when desertion is punishable by death? Featuring cameos by characters from THE ROMAN MYSTERIES, this book is perfect for children studying Romans at Key Stage 2 or 3. Historical locations featured in this book are a British Iron Age Village, Bath Spa and the fortress at Caerleon. 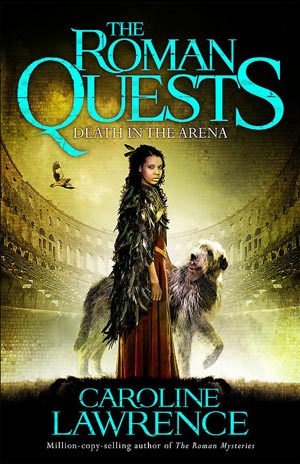 Death in the Arena
Book 3

Eleven-year-old Ursula is happily learning to be a Druid in the woods of Britannia. But then she is asked to go on a quest to find a boy who was abducted as a baby. Will her mystical training equip her for life on the road – with a troupe of Roman pantomime dancers and beast hunters? Featuring characters from the bestselling ROMAN MYSTERIES, this book is perfect for children studying Romans at Key Stage 2 or 3. 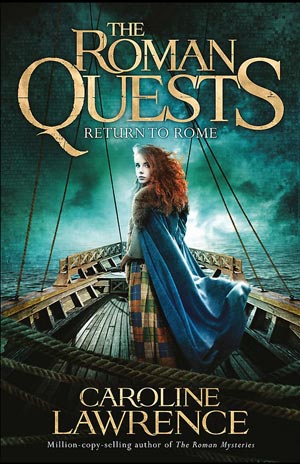 The year is AD 96. Bouda, an orphaned British girl with a troubled past, has been helping Juba and his siblings since they first arrived in Britannia. For almost two years they have been in hiding from the Emperor Domitian’s agents. But now information has come to light that could bring down the tyrant. When Juba and his sister decide to return to Rome with the man who has this evidence, Bouda goes with them. But is it ever right to kill a tyrant? Also featuring characters from the best-selling ROMAN MYSTERIES, this book is perfect for children studying Romans in Key Stage 2 or 3.

Website by Helicon Designs
To give you the best possible experience, this site uses cookies and by continuing to use the site you agree that we can save them on your device. Cookies are small text files which are placed on your computer and which remember your preferences/some details of your visit.OK