Virgil was a Latin poet who lived just before the time of Jesus Christ, when Augustus came to power as Rome’s first emperor. His epic poem the Aeneid tells the story of the Trojan hero Aeneas who flees his burning city, gathers refugees and sets out to find a New Troy (which will one day be Rome). Some of the stories are tragic and brutal and I have retold two of them with bittersweet endings. In The Night Raid two teenage Trojans make a disastrous decision to raid the camp of their Italian enemies. In Queen of the Silver Arrow an Amazon-like girl named Camilla joins the Italian forces fighting against Aeneas and his followers. Written for specialist dyslexic publisher Barrington Stoke, the vocabulary is simple and the prose clear, but the dark themes make these books most suitable for teen readers. Ages 10+ 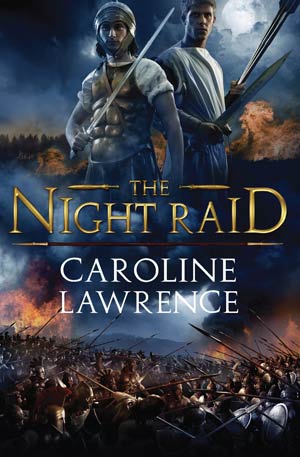 A powerful novel inspired by Virgil’s tale of the ill-fated night raid of Euryalus and Nisus, from Roman Mysteries author Caroline Lawrence. The Trojan War is over. The survivors must find new land on which to settle, and there is war. Euryalus and Nisus, two teenage warriors among Aeneas’s Trojan refugees, make a disastrous decision to raid the camp of their enemy. Particularly suitable for struggling, reluctant and dyslexic readers aged 14+ 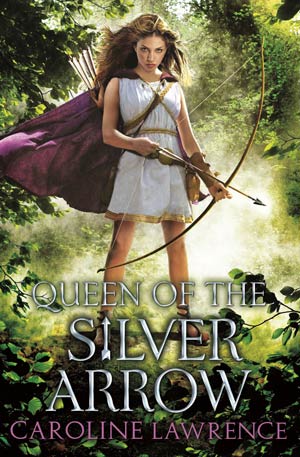 Queen of the Silver Arrow
Book 2

Few have ever seen her, but all of Laurentum knows the story of Camilla – tied to a spear and thrown across a river by her father as he fled for his life. The Goddess Diana saved the baby, and now it is Camilla’s turn to save Laurentum as the Trojans march on the town. But Camilla is a wild girl from the forest, not the Amazon they imagine, and so Acca must step in to help her new friend adjust to the great destiny before her. Particularly suitable for struggling, reluctant and dyslexic readers aged 12+